In John’s vision the Woman has a garland of twelve stars on her head.  This seems reminiscent of Joseph’s dream in which he saw the sun, the moon, and eleven stars bow down to his star.  The interpretation given is that Jacob, his wife and all of Joseph’s eleven brothers would bow down to Joseph, which certainly came to pass.  The twelve stars in the corporate Woman’s garland seem to represent the twelve tribes of Israel out of which she and her offspring come.  One third of her offspring are cast out of heavenly authority by the tail, the back-side of the Dragon, one might think, in secret.

Those cast down out of heavenly authority by the Dragon’s tail historically have been those of her offspring who have enslaved, oppressed and robbed the Woman’s children in each generation.  They have been church leaders, both Catholic and Protestant, who have enslaved and robbed by religion.  They have been of the nobility and the wealthy classes who have oppressed and killed and have expanded their kingdoms by force.  They are the heads of international corporations and banking systems who seek to devour all economic systems of the earth into one under their own control.  Yet in every enslaved and oppressed generation, some live to perpetuate the Promise.

The Dragon cannot touch the Woman, but he goes to “make war with the remnant of her seed which keep the commandments of God and have the testimony of Jesus Christ.”  Is this remnant of her seed not the children across the earth that she has spawned through the Gospel in every nation?

The Manchild born of the Woman of Revelation 12 shall be caught up to God and to His throne.  At that time a voice in heaven shall say, “Now is come salvation and strength and the kingdom of our God and the power of His Christ.”

…the devil knoweth that he hath but a short time.
Revelation 12:12

You’ve heard that onions and parfaits have layers.  Well, God’s Word has layers, too.  God has revealed Himself to us a layer at a time from one age to the next.  Chronology is the Key.  This FREE DOWNLOAD “How to Study the Bible” is your road map to unfold the layers of God and His Plan from Genesis to Revelation.  It’s easy, it’s proven, and it works. 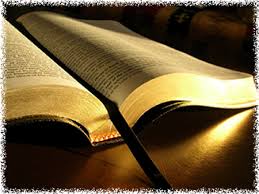 It’s a proven 3 step method for learning anything, and it’s called The Trivium.  All you need are the right tools. END_OF_DOCUMENT_TOKEN_TO_BE_REPLACED