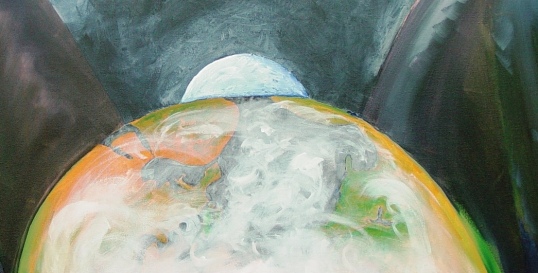 Wood, Hay, Stubble, Gold, Silver, Precious Stones
The material of our building will be tried as by fire.

Now if any man build upon this foundation gold, silver, precious stones, wood, hay, stubble;
Every man’s work shall be made manifest: for the day shall declare it,
because it shall be revealed by fire; and the fire shall try every man’s work of what sort it is.
If any man’s work abide which he hath built thereupon,
he shall receive a reward.
1 Corinthians 3:10-14

What sort of materials will endure? Endure as what? Where will they endure?

Paul gives an imaginative picture of wise master builders and workmen building a physical structure. This passage reminds me of another imaginative story.

J.R.R. Tolkien‘s epic The Silmarillion begins with Ainulindale the story of the Ainur. The name means The Music of the Ainur. It is the creation story of Tolkien’s mythology of Middle Earth. Blind musical creatures  called Ainur spring from the thought of Iluvatar the Creator. Iluvatar conducts as the Ainur create music which culminates in a great symphony. They sing and make harmonious music until one of them becomes purposely dissonant and draws others after himself. Yet the music continues. After all the music has come to completion, Iluvatar opens the musicians’ eyes to see for the first time. When given sight, the Ainur view the imaginative world their music created. Their music had initiated and developed the whole world of Middle Earth, including its characters and its histories.

What if our experiences in this world are building a new world?  The Kingdom of God – New Earth and New Heaven!

We are laborers together with God:
… I have laid the foundation, and another buildeth thereon.
But let every man take heed how he buildeth thereupon…
If any man’s work abide which he hath built thereupon, he shall receive a reward.
If any man’s work shall be burned, he shall suffer loss:
but he himself shall be saved; yet so as by fire.
Know ye not that ye are the temple of God
1 Corinthians 3:9-16

Anybody who builds with unworthy materials, Paul continues, “shall suffer loss: but he himself shall be saved; yet so as by fire.”  Paul said that some of what we build will not endure. “The fire shall try every man’s work.” What we do matters. Paul is admonishing us to build our lives with lasting and beautiful materials that will be like gold, silver and precious stones.  God will have His Temple.

Like Tolkien’s musical Ainur, one day we will see what we are building, and it will be glorious!

A  Second Thought:
Should Children Be Taught Fairy Tales?

I confess; I love fairy tales. (Hey, I even love fairies.)
Mythologies and fairy tales are imaginative attempts to describe earthly truth.

Earthly depictions of truth are like a shadow cast by Heavenly reality. The writer of Hebrews says it this way:

They [Levitical priests] serve at a sanctuary that is a copy and shadow of what is in heaven.
This is why Moses was warned when he was about to build the tabernacle,
“See to it that you make everything according to the pattern shown you on the mountain.”
Hebrews 8:5 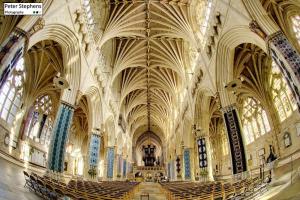